Among Us" is a multiplayer game that supports 4-10 players. Where the game will randomly select 1-3 players to play as the invaders and the rest of the players will play as the crew. The game is space themed and players will play as one of the Crewmate or Impostor. The Crewmate's goal is to find the Impostor and complete the mission, while the Impostor's goal is to kill all crew members without being detected. Crewmates can win by completing all missions or by finding the Impostor and winning the vote from the ship.

Play online or over local WiFi with 4 to 10 players as you try to prepare to leave the spacecraft, but beware, because it will be the Impostor who kills everyone!

Impostors can use sabotage to cause chaos, which makes it easier to kill enemies and get a better defense.

The game is chatted via text, and only living players can communicate during sessions, while ghosts can only communicate between ghosts. Although the game does not have a built-in voice chat system, players typically use a third-party chat tool like this to communicate while playing the game. The game offers a variety of customization options, such as field of view and an emergency meeting button. There are also many items to choose from, such as spacesuit colors, skins, hats, and pets, some of which require payment.

Each game is an engaging mystery. It's fun, especially when wise accusations or cunning misdirections get him elected to the ship. This is a test of wit that anyone can enjoy.

The game has four maps: Space Ship, Skyscraper, Polar and Airship. The crew has to complete tasks on the maps in the form of mini-games, which include maintenance work on vital systems, such as rewiring or refueling engines. Intruders are given fake task lists to blend in with the crew, and can identify other intruders and have the ability to sabotage map systems, traverse vents and kill crew members. If the player is killed by an impostor, they will become a ghost. Ghosts have the ability to pass through walls, but can only continue to interact on the map in a limited way, and cannot be seen by any other player except the dead player who turns into a ghost. All players except the ghost can only see a limited distance.

Crew members need to complete all missions or find and destroy all invaders to win, while invaders need to kill a certain number of crew members to make the remaining number equal to the number of invaders or sabotage the countdown to win, and ghosts complete missions or sabotage by assisting their teammates who are crew members or invaders. When an intruder engages in sabotage, either the effect is immediate (e.g. turning off all lights) or the sabotaged facility will start a countdown and if the crew does not solve the facility before the countdown ends, all crew members will die and the game will end.

If a player finds a corpse, they can immediately report it and force all players to attend a group meeting to vote for the suspected intruder. Players can also press the "Emergency Meeting" button on the map at any time to convene a meeting. 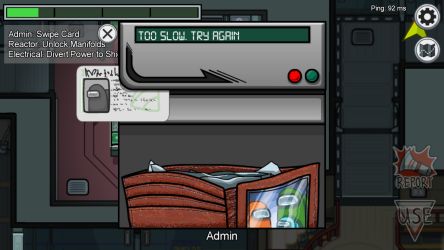 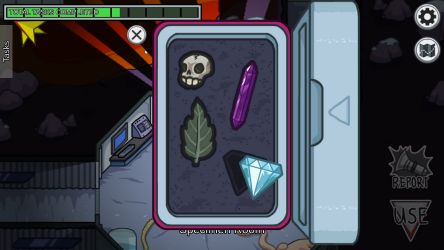 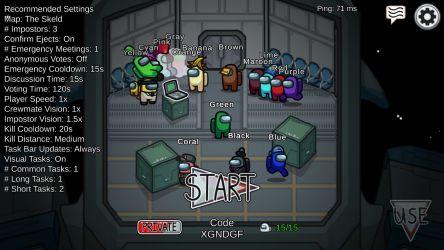 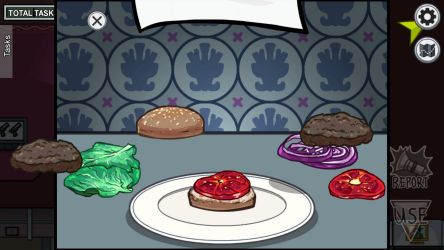 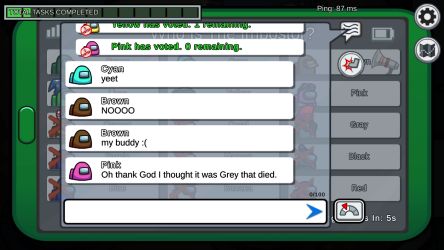 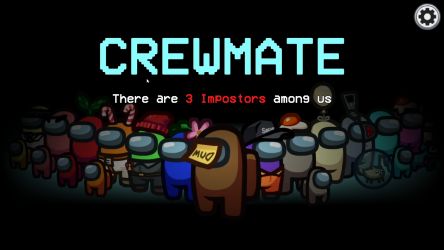