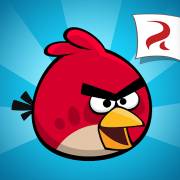 Angry Birds is a casual puzzle game app developed by Rovio Entertainment Ltd. It was first released in December 2009 for iOS. Now it is available on iOS, Android, Windows Phone, WebOS, Symbian and more. The story of this game is fascinating. To take reprisals against those pigs for stealing birds eggs, birds try to attack pigs' fortress by using their body as weapon. It is easy for players to handle this game. You just need to slide the screen to pop up the birds from the slingshot to hit the green pigs. If all the pigs can be hit, you win. Angry Birds makes the global phenomenon. Play Angry Birds game and use the power of birds to destroy the defenses of greedy pig. Save the eggs. Play the biggest mobile game of all time now.

A puzzle shooter. The player takes a slingshot and fires birds of various colors to hit buildings and green pigs with the ultimate goal of killing all the pigs in the level.

In the game, players need to control a group of birds and help them to get back the eggs stolen by a group of green piglets. In each level, the pigs are protected by buildings made of wood, ice and stone (sometimes even cushioned by balls), and the goal is to destroy all the pigs in the level. The goal is to destroy all the piglets in the level by using a slingshot to launch the birds and hit the piglets directly, or indirectly by hitting the buildings to make them collapse and overwhelm them. In many levels, additional props are provided in the scenes, such as boxes with explosives or rocks, which can be used in conjunction with the bird's impact to defeat pigs in hard-to-reach positions.

There are 11 different types of birds to use in the game. In the earliest levels, only the most basic red birds are available. However, as the game progresses, more types of birds will be available, some of which can be used to perform special abilities by tapping the touch screen while flying through the air. For example, the blue bird (smallest, good at smashing ice) will split into three slightly smaller birds, the yellow bird (good at drilling wood) can accelerate the sprint, the black bird (bulky, good at destroying rocks) will explode, the white bird will drop an explodable egg and fly away at high speed up to the right, etc., and the green bird will pirouette. Piglets also come in a variety of sizes, with the smaller ones being relatively more vulnerable. Fragile piglets can be destroyed by direct blows or by using the wreckage of destroyed buildings, and larger pigs can take more damage. There are also some piglets that wear helmets, giving them a higher level of defense.

The initial number, type and order of birds in each level is pre-designated by the game. If all the piglets are destroyed after or before the last birdie flies out, the level is completed and the next level is unlocked at the same time. Immediately after completing the level, the player will receive a rating of 1 to 3 stars depending on the number of points earned in the game, and the player can retry any number of times, or of course replay previously played levels to try to get a higher score. 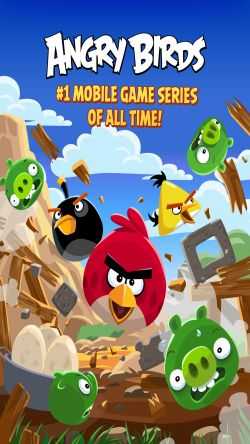 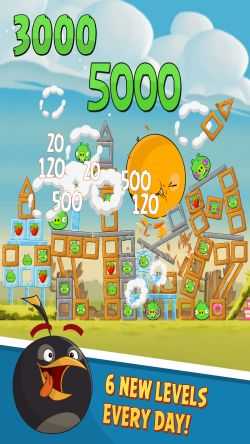 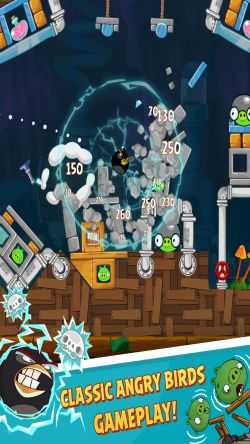 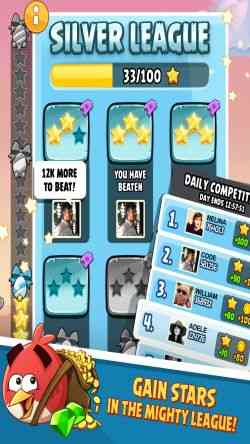 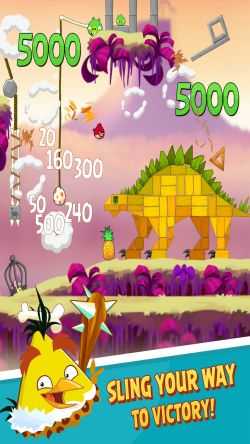