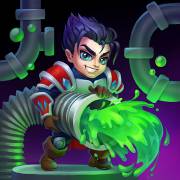 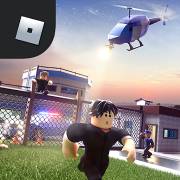 The game revolves around the development of a story about the battle between good and evil, in the vast lands of Dominion, everywhere is a thriving, vibrant scene. But then came the forces of evil, led by the Great Evil, bent on conquering this perfect world. His army is exceptionally powerful and cruel, and it is time for someone to stand up and stop this chaos and become the guardian of Dominion. Quickly form your league of heroes, train and upgrade them and make them invincible! You must play as a hero who can gather a team of mercenaries and try to win the right to rule from the evil and rule the peace so that the villagers can live a happy life.

Now, your task is to reclaim the encroached lands from the evil forces of the Great Evil. Rely on a loyal army, the game has a variety of different hero skills, the freedom to choose, and constantly train their heroes, so that they have more powerful skills, a unique campaign and adventure gameplay, combat strategy and sense of fun in one. With the familiar hero collection, raising and equipment forging, epic plot level battles as the core gameplay. So lead your army to victory and bring peace back to Dominion. Join us soon to feel the equipment role inside the game which is all randomly decided by you.

Critical hit chance: Provides a 50% chance to hit if the same value as the enemy's main attribute.

Crafted items are one of the most valuable resources in the game, so please think twice before using them.

If you want to play the game seriously for a long time, it is recommended to buy Valkyrie's Favor as soon as you unlock this system.

Prioritize the heroes in your final lineup (pure physical or magical lineup) with team buffs to 3 stars to get a 100% chance of activating the buffs. 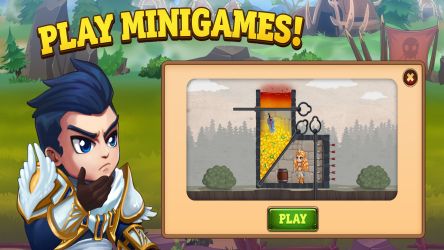 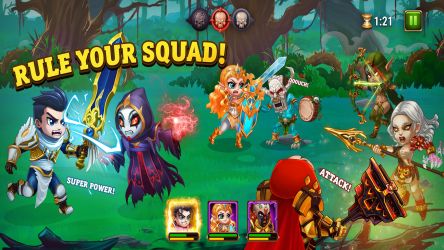 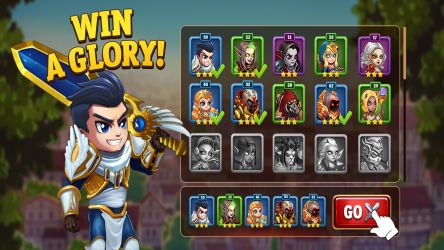 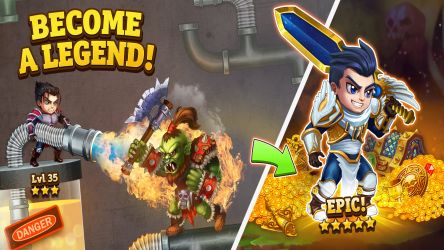 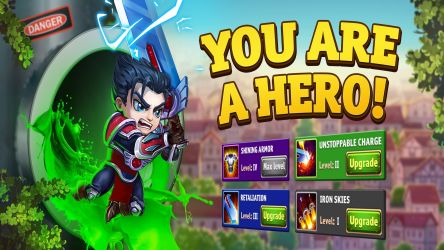 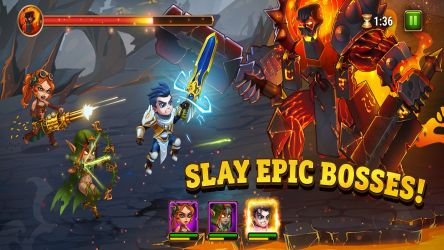