Brawl Stars is a freemium mobile real-time strategy game third-person shooter developed and published by Finnish video game developer Supercell. Designed for mobile with fast-paced 3-on-3 multiplayer battles and ring modes! Team up with friends or be a lone hero and play multiple modes to win or lose in 3 minutes.

With a wide range of heroes to unlock and upgrade, use your powerful super skills, star power and portable gadgets to sweep the battlefield! Collect unique skins to make a difference.

Play a variety of game modes

- Gem Battles (3 vs 3): Team up and outsmart your opponents. Collect and hold 10 gems to win, or lose all your gems if you are knocked down.

- Duel in the Wilderness (single/pair): Ring mode, fight to the end. Collect energy blocks and strengthen your hero. Team up with a friend or go solo and fight to the end in a fierce battle! The winner is the king!

- Brawl Football (3 v 3): Brawl like never before! Show off your skills on the green field and score the first two goals to win. No need to worry about getting a red card here!

- Bounty Hunters (3 v 3): Beat the enemy and earn bounty stars, while beware of the opponent's counterattack. The team with the most bounty stars wins the game!

- Vault Attack (3 v 3): Protect our treasure chests while destroying the other team's. Use the grass and cover on the map to break into your opponent's position and break through the treasure chests.

Unlock and upgrade your heroes and use powerful super skills, star power and portable gadgets to take on the battlefield. Level up your heroes to make them even more powerful. Collect personalised skins to make yourself stand out in the battle.

Be a Smash Star

Prove you're the best Smash Master by hitting the leaderboards!

There's no end to it!

- Unlock and collect new powerful heroes, each with their signature normal attacks and super skills

- New events and modes every day

- Play solo or in teams, each with their own fun

- Unlock different skins to give your heroes more personality

Bounty Hunter: Defeat the enemy hero to earn a Bounty Star. At the start of the game, there will be a blue star in the middle of the field and each hero will have two stars at the start or when they come back to life five seconds after being killed, with one more if they successfully kill the enemy, up to a maximum of seven, with the team with more bounty stars at the end of time winning. If there is a tie, the side with the blue star (a star that is automatically generated in the centre of the map at the start of the match, replacing one of the two stars that the player has had for a long time at the start, if the owner of the star is killed by the enemy, the star will be owned by the enemy killer) wins.

Vault Attack: Both players have a vault, the first to destroy the enemy's vault or the one with the more blood in the vault at the end of the time wins.

Extreme Elimination: The side that kills all the enemy players or has the most kills before the countdown ends wins, and after a period of time, a poisonous gas slowly spreads from the top and bottom to the centre. (The game is played on a two-out-of-three system).

Winning or losing in these modes affects the hero's cup.

Duel in the Wilderness: A single player or two player team mode where ten players fight each other and whoever survives to the end wins. During the game, you can fight chests that contain energy cubes (+400 life, +10% of original damage), which boost your character's blood and attack power, but the damage of the accompanying magic tools and star power will only maintain the original damage.

Star Hunt (limited time mode): This mode is a single player mode. Defeating an enemy hero earns you a bounty star (or star for short). Each hero starts with two stars or is resurrected after being killed, and one more if they succeed in killing the enemy, up to a maximum of seven.

Chieftain Swarm Battle Launched together with Star Hunt Smash : This mode is a single player mode where a mech chief appears in the middle of the map at the start of the game and all players have to do is try to deal as much damage as possible to the mech chief and the player who deals the most damage after the death of the mech chief wins.

These modes do not affect the number of cups for heroes.

Mech Invasion (3 player event): Players have two minutes to protect the vault from being destroyed by the Mechs (AI).

Players can complete quests during the Starlight League season to be eligible for end-of-season rewards such as unlocked avatars and themed season skin purchases. 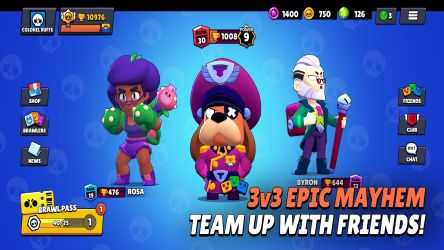 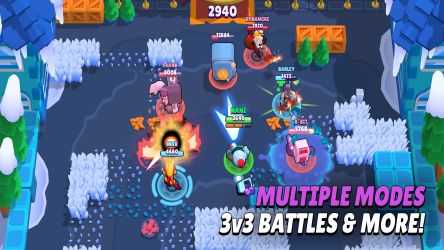 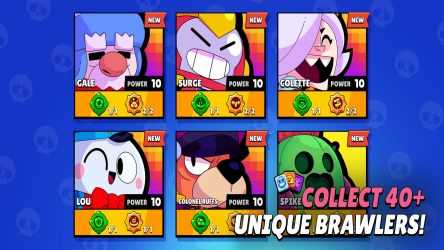 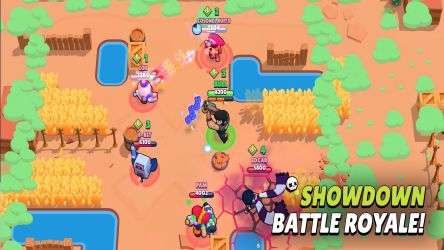 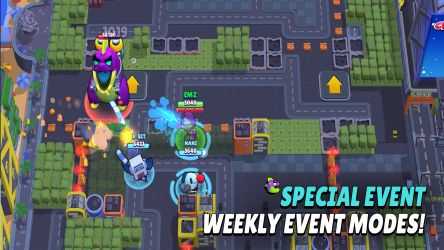