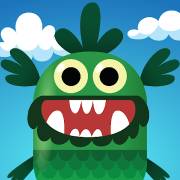 Teach Your Monster to Read

ABOUT Teach Your Monster to Read

Teach Your Monster to Read is an award-winning spelling and reading game that has helped millions of children learn to read.

- Within weeks, parents have noticed dramatic improvements in their children's literacy skills.

- Teachers claim it is an excellent and engaging classroom tool to help students learn to read.

- Kids love making their monster and teaching it to read. They learn through play.

Children create a monster and take it on a magical journey in three extensive games - meeting many colorful characters along the way and improving their reading skills as they progress.

- Covers the first two years of learning to read, from matching letters and sounds to enjoying little books.

- Designed in collaboration with leading academics and game designers.

- Suitable for school and home use.

The game is rigorous enough to work with any phonics scheme, making it ideal for use in schools and at home. It was developed in collaboration with leading academics at Roehampton University.

A free video game for kids. It teaches them to read by playing games, learning letter sounds, blending and advanced combinations.

It's a simple format. Kids design their monsters from scratch and start playing almost immediately. There are no annoying tutorials or lengthy assessments. There are 3 levels.

Step 1: For those just starting to learn sounds and letters

Fun With Words : for those who are confident with sounds and ready to move on to blending

Champion Reader : for those who read short sentences

The game itself goes fairly quickly, but if players get stuck, they may go back and redo the letter sounds/game for practice.

Children continue with small tasks to learn the sounds. Each task is a game of some type, but so far the game types have been rotating between 4-5 of the same type. This is actually a good thing because the children are familiar with the games and don't feel pressured to learn new things while they are learning new sounds.

Once the child finishes the game, they are transported back to the map to meet their friend (who has lost his voice and can only communicate with an annoying scream.) Every once in a while a "tricky" will appear and the child will have to chase and catch it - a "tricky" is a special word or sound that doesn't fit the rules. Once they capture it, it will be added to their collection.

Destroyer and Princess are both making "first step" games, while Engineer is making "word games". They are slightly different in layout, but the types of games seem to be the same for each version. First Steps requires very basic mouse manipulation, but I was surprised by Fun with Words' complex mouse use.

You direct your monsters by moving the mouse. Capturing "tricks" or starting a game requires basic clicking, and if you get close enough, the monsters will automatically pick things up. Engineers can play the game without much help, but struggling in a Super Mario style game requires you to jump at the right time. Even I missed a few times.

As with many educational games, kids collect rewards that they can use to buy items for their monsters. Some rewards appear randomly in the treasure chests you win by completing the game. 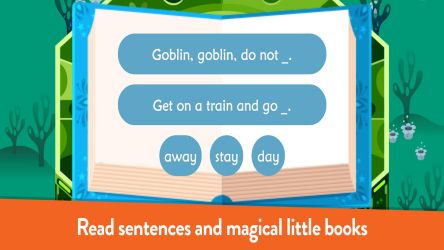 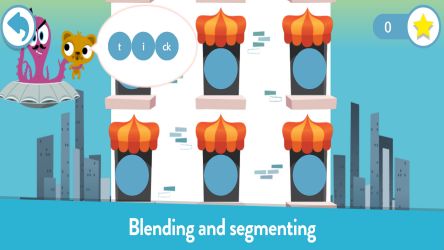 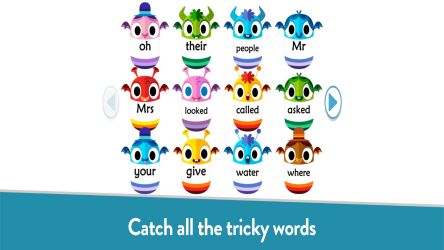 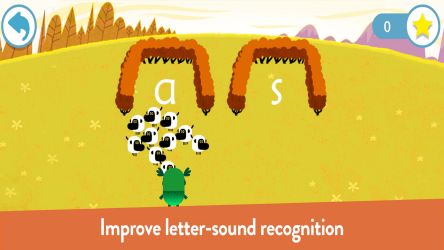 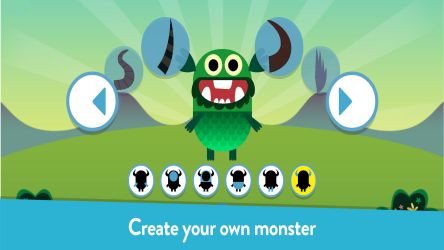