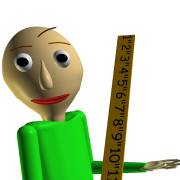 This game is not what it seems. the original official version of Baldi's Basics - a scary, educational and fun parody game.

Inspired by the creepy/bad edutainment games of the 90s, Baldi's Basics is a very strange meta-horror game that finds no real educational value. The object of the game is to collect seven notebooks and escape the school, but that's easier said than done! You'll need to know all the ins and outs of the game in order to develop a winning strategy and avoid getting caught by Baldi. Learn how to use Baldi's friends to your advantage, manage items throughout the school wisely, and remember that the layout of Baldi's school is the key to success!

This game has two modes, story and endless!

- The story mode requires you to collect 7 notebooks and then escape the school in order to win. The more notebooks you collect, the faster Baldi will become! Simple, but very challenging.

- Endless mode is a challenge to see how many notebooks you can collect before Baldi catches you. Over time, Baldi speeds up, but each time you successfully solve a problem in the notebook, he slows down. The slower you make him go, the more notebooks you collect!

The player is rewarded with a coin after answering a notebook question correctly. After answering a question incorrectly, Baldi will start chasing the player. For each wrong answer, Baldi's speed will become faster. When chasing the player, the sound of tapping the ruler will sound, the shorter the frequency of tapping means that Baldi's speed is faster. After hearing the player open the door will find the player. If Baldi has no target after, Baldi will enter the random patrol state. When the player collects 7 notebooks, Baldi will enter a berserk state and the background color of the game will change to red.

Black top, hand always pointing to the sky, will whistle. When he finds the player violates the school rules, he will track the player. If the player is tracked down, he will then detain the player to the principal's office.

School rules: (violation will be detained)

1. Running in the hallway (accelerated movement)

2. No eating or drinking in the hallway (use energy bars or soda)

5. Forbidden to look at other people's lockers (perspective to the lockers in the corridor)

6. Forbidden to fight (using a pencil to attack other NPCs)

Detention time increases cumulatively according to the number of detentions.

During this period, you can only use the key to escape, and if you are found by the principal, you will be detained again. After the detention time has expired, players are free to come and go. 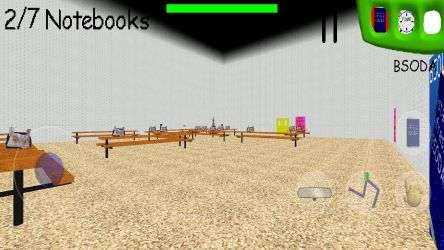 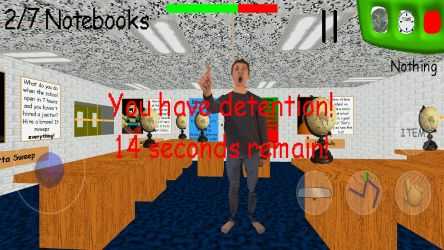 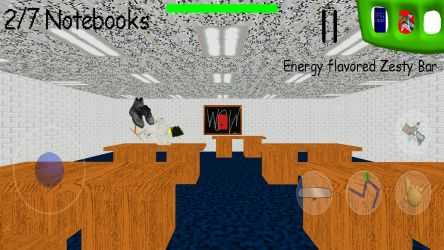 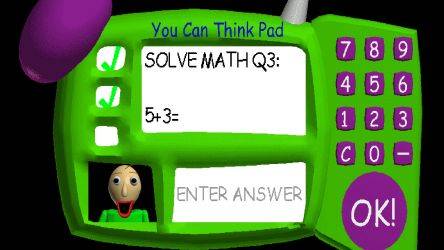 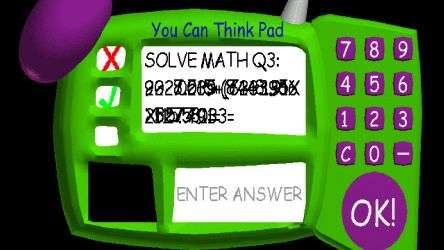 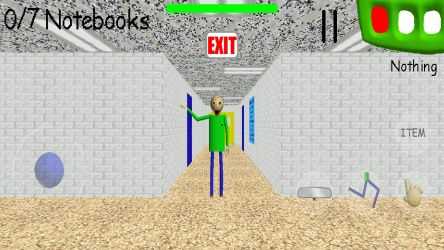